Utopia is a Place 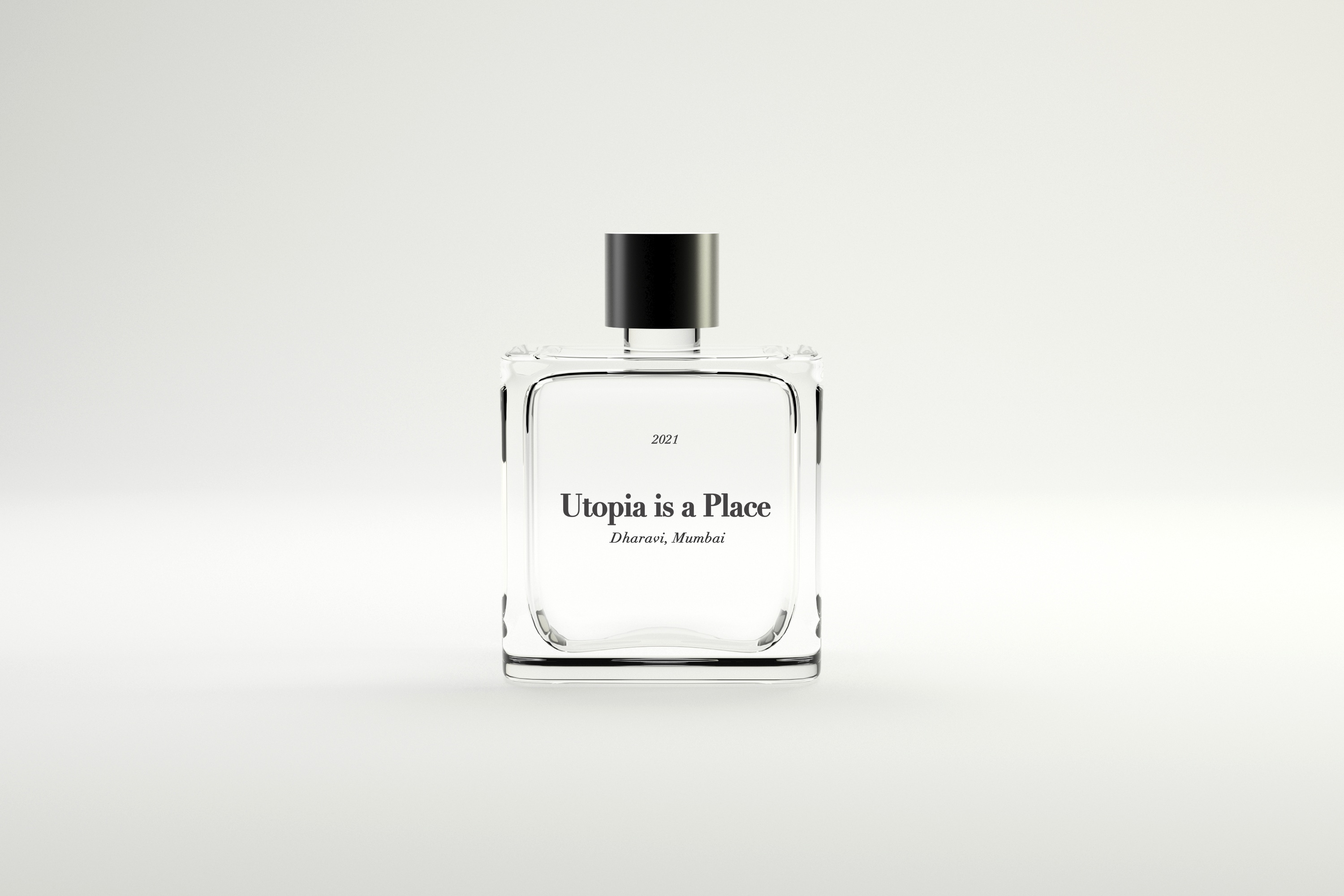 Utopia is a Place

Not all perfumes come from Paris ...

Utopia is a place is a perfume made in Dharavi, Mumbai. Making this perfume is an action aiming to combat stereotypes and prejudices towards slum inhabitants precisely because those prejudices and stereotypes justify and perpetuate inequality.

Dharavi is a slum, it is the largest informal settlement in Asia and one of the largest in the world. Since the 80s, Dharavi has been welcoming different migratory waves until reaching its current size, a gigantic area in the very center of Mumbai. There are no official censuses. The population of Dharavi is estimated between 800,000 and 1,000,000 people. The fact that there is no concrete data contributes to the invisibility, marginalization and disempowerment of these communities.

In many ways, Dharavi is one of the most dynamic neighborhoods in Mumbai. Its real face is one of hope and aspiration. Thousands of small businesses thrive in Dharavi creating a huge informal economy based on recycling with an annual turnover of approximately $1 billion. Despite the fact that Dharavi’s is no different from other communities in Mumbai, for its inhabitants, and especially for women, the fact of living in the slum is a stigma which entails enduring all kinds of prejudices and stereotypes. Prejudices that translate into fewer employment opportunities and fewer possibilities for improving their life conditions in terms of rights.

A growing movement within activists and urban planners is trying to remove the pejorative classification of «slum» to emphasize that Dharavi, among many other slums, is also a place where people struggle to turn their ideas real, to work, and create businesses. To give full recognition of rights to the inhabitants of Dharavi and more power in the development process, it is necessary to remove prejudices and look for new ways of describing the neighborhood.

Our perfume is aimed to make a political statement. We want to create something that makes you think twice about what a slum is.

With this action we want to change Dharavi’s story and help restore dignity to a reviled community that struggles day by day to achieve a better life.

Tons of flowers such as jasmine, marigold or lotus; fruits like coconut; and spices like turmeric and cardamom are used on a daily basis in houses and in countless Dharavi temples as offerings in pujas, Hindu rituals. Our project’s goal is the creation of a perfume by recycling all these elements.

We are going to create a subtle fragrance capable of arousing emotion. We want to make an exciting and counterintuitive product. We will use different extraction techniques to obtain the essential oils and absolutes from these flowers, fruits and spices: steam distillation, enfleurage, solvent extraction, maceration …

We want to generate a positive impact. We will install our little laboratory in the neighborhood. We will hire workers from the neighborhood to help us with the collection of discarded flowers and in the different tasks for making our perfume 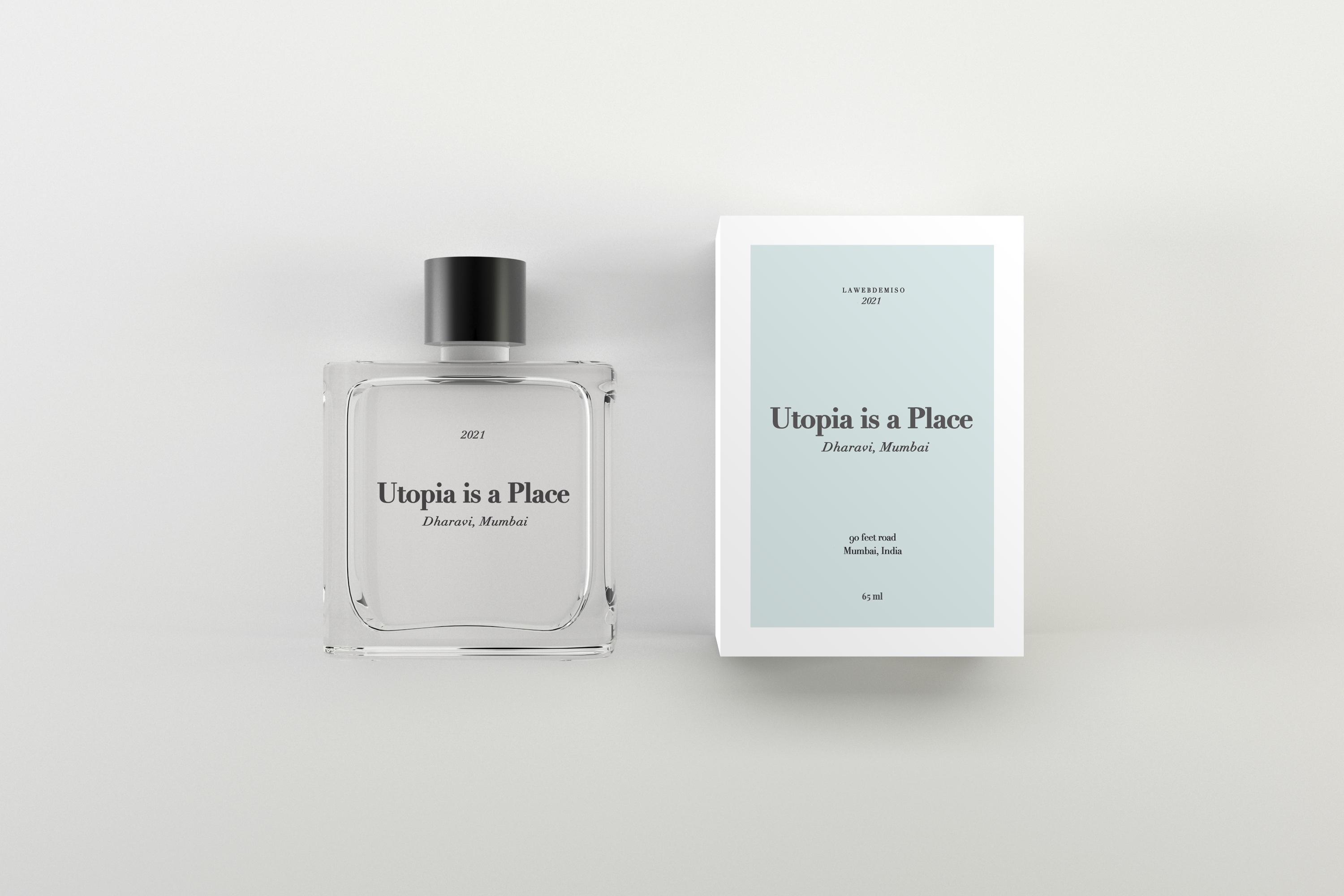 MORE ABOUT OUR PERFUME

Lord Vishnu is often worshiped by offering the aromatic, white jasmine flowers. He also loves marigold and any other yellow coloured flower.

Home to up to 1 million people according to some estimates, it’s widely considered the densest urban habitat on the planet. It also lacks the most basic public services.

The future of the neighborhood is up in the air. Rather than rehabilitating and integrating the slum while taking into account the needs of residents, the state and municipal government are trying to appropriate and clear out their land for redevelopment.

Once a fishing village on the periphery of Mumbai, Dharavi was swallowed by the city in 1956 and now sits on some of its most valuable land near a new business district and between two major railway lines.

Other efforts to implement infrastructure improvements also languish as developers and real estate speculators vie for approval to simply bulldoze the neighborhood. The rhetoric of how to handle “slum” reform is mired by private interests.

But there is an empowering discourse emerging from the ideological gridlock over the future of Dharavi. A growing movement within the activist and urbanist community is trying to dispel the onerous “slum” classification in order to emphasize that Dharavi, among many other slums, are also incubators of enterprise and community. To give recognition to the full rights of the citizens who live in Dharavi, and more participation in the redevelopment process, requires searching for new ways to depict the neighborhood.

“There is straightforward prejudice operating,” said Rahul Srivastava, cofounder of the experimental urban lab and action collective URBZ. “If you belong to a sociological marginal community in the city, then your habitat is almost de facto a slum… This attitude, this prejudiced eye, this treatment begins to leach all possibilities of improving civic infrastructure.”

Momentum is growing to recognize Dharavi as an essential part of Mumbai, deserving of the public services that have been long promised, especially as the rest of the city continues to be transformed into a chaotic assemblage of walled compounds and malls mired in staggering traffic jams.

In many ways, Dharavi is one of the most dynamic neighborhoods in Mumbai. It’s real face is one of hope and aspiration. Despite its designation as a slum, the economic output of cottage industries within the neighborhood reaches upwards to $1 billion annually. Homes are kept neat and tidy. Dharavi residents also recycle much of the city’s trash, leaving experts to believe that Mumbai would quickly be buried in its own refuse without its help. Many residents want to build upon what is already there and let Dharavi adapt and improve itself in a manner that keeps the value of the neighborhood in their own hands. If the SRA expanded access to clean water, constructed more public toilets, and provided better sanitation services, vast improvements in quality of life could be quickly realized, encouraging residents to invest more in their community.

Despite attempts to change the discourse regarding the future of Dharavi, the threat of imminent destruction remains. Rampant real estate speculation continues to warp the future of Mumbai and the fate of the neighborhood. Dharavi, long in the media and political spotlight, could be an excellent place to create a developmental model that exhibited sensitivity to residents and allowed their participation in an equitable redevelopment of their neighborhood.

The Dharavi redevelopment project was first conceived in 2003, and has been on every party’s agenda during every election since. It has gone through two failed rounds of tendering, the last being in 2016. The approach then was to divide the 240-hectare slum sprawl into five sectors and redevelop them separately but with one master plan. Developers, however, stayed away, citing high risk amid a tepid real estate market. To show some progress ahead of the 2014 Lok Sabha and assembly polls, the Congress-Nationalist Congress Party (NCP) government of the day hived off a relatively easy sector from the plan, and asked the Maharashtra Housing and Area Development Authority (MHADA) to work on it. However, MHADA managed to build only one building, comprising houses for 358 families, until the 2014 state assembly polls. Before 2018, when the Fadnavis government decided to merge all five sectors, including the one entrusted to MHADA, the housing authority had built only two buildings while work on two more was underway.

MORE ABOUT OUR KICKSTARTER CAMPAIGN 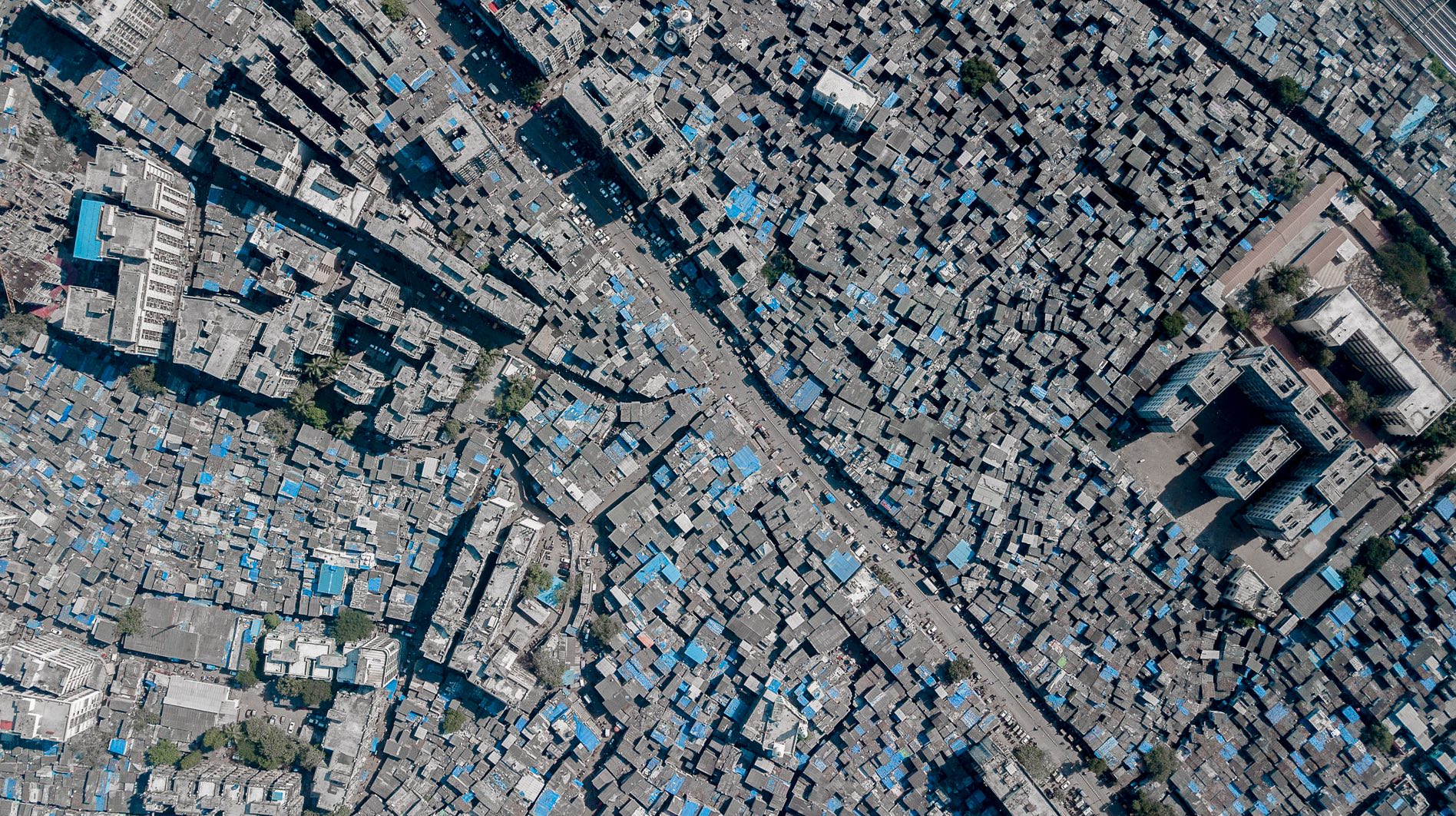 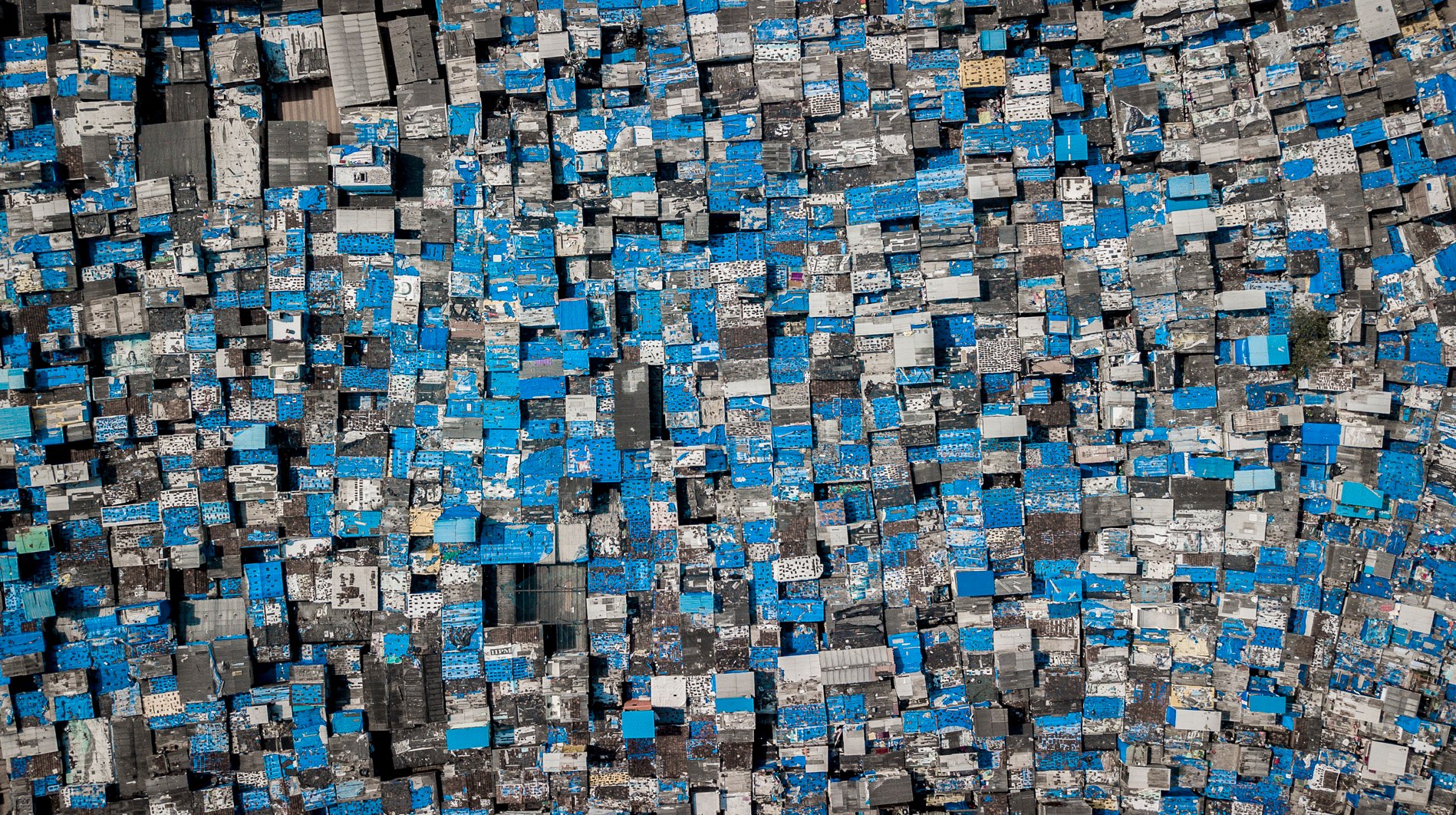 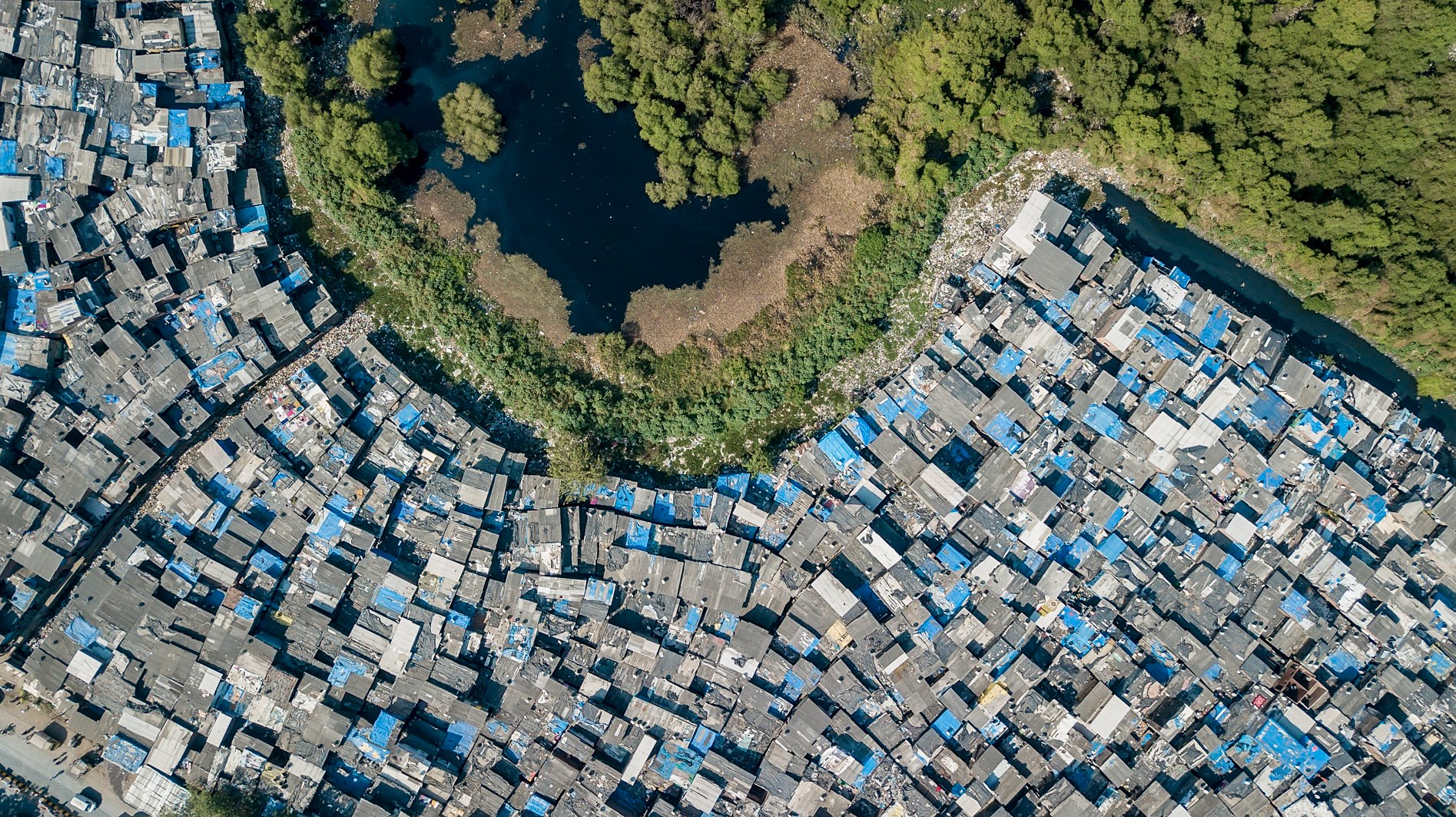 Made with ♥ by MISO